It is our pleasure to proudly present to you all our country and nation, Indonesia.

Let us welcome you to the wonderful Indonesia, the world's largest archipelago filled with diverse cultures deeply immersed within our nation. Indonesia has tons of stories to tell, all of which we can’t wait to share with you and the rest of the world.

Once you are here and feel the real deal of even one of our story, we believe it is adequate to make you hooked on the idea of coming back here :)

Straddling the equator, situated between the continents of Asia and Australia and between the Pacific and the Indian Oceans, has made The Republic of Indonesia as the largest archipelago in the world comprising 13,466 large and small tropical islands fringed with white sandy beaches, many still uninhabited and a number even still unnamed. Among the most well known islands are Sumatra, Java, Bali, Kalimantan (formerly Borneo), Sulawesi (formerly Celebes), the Maluku Islands (or better known as Moluccas, the original Spice Islands) and Papua.

Being a tropical country, Indonesia is blessed with two seasons: dry and rainy. Dry usually occurs from June to September and the rest is rainy season. Sunshine is abundant except in rainy season when the sky tends to be cloudy.
Living on more than 13,400 islands, the Indonesian nation today counts some 250 million population comprising more than 200 ethnic groups. After Independence in 1945 inter-marriages among people of different ethnic groups have welded the population into a more cohesive Indonesian nation.
HEALTH CARE SYSTEM
There are 34 provinces and each province is sub-divided into districts and each district into sub-districts. As decentralization had been already implemented, the 349 regencies and 91 municipalities are now the key of administrative units.
Each sub-district in Indonesia has at least one health centre headed by a doctor, usually supported by two or three sub-centres, the majority of which are headed by nurses. Most of the health centres are equipped with four-wheel drive vehicles or motorboats to serve as mobile health centres and provide services to underserved populations in urban and remote rural areas. 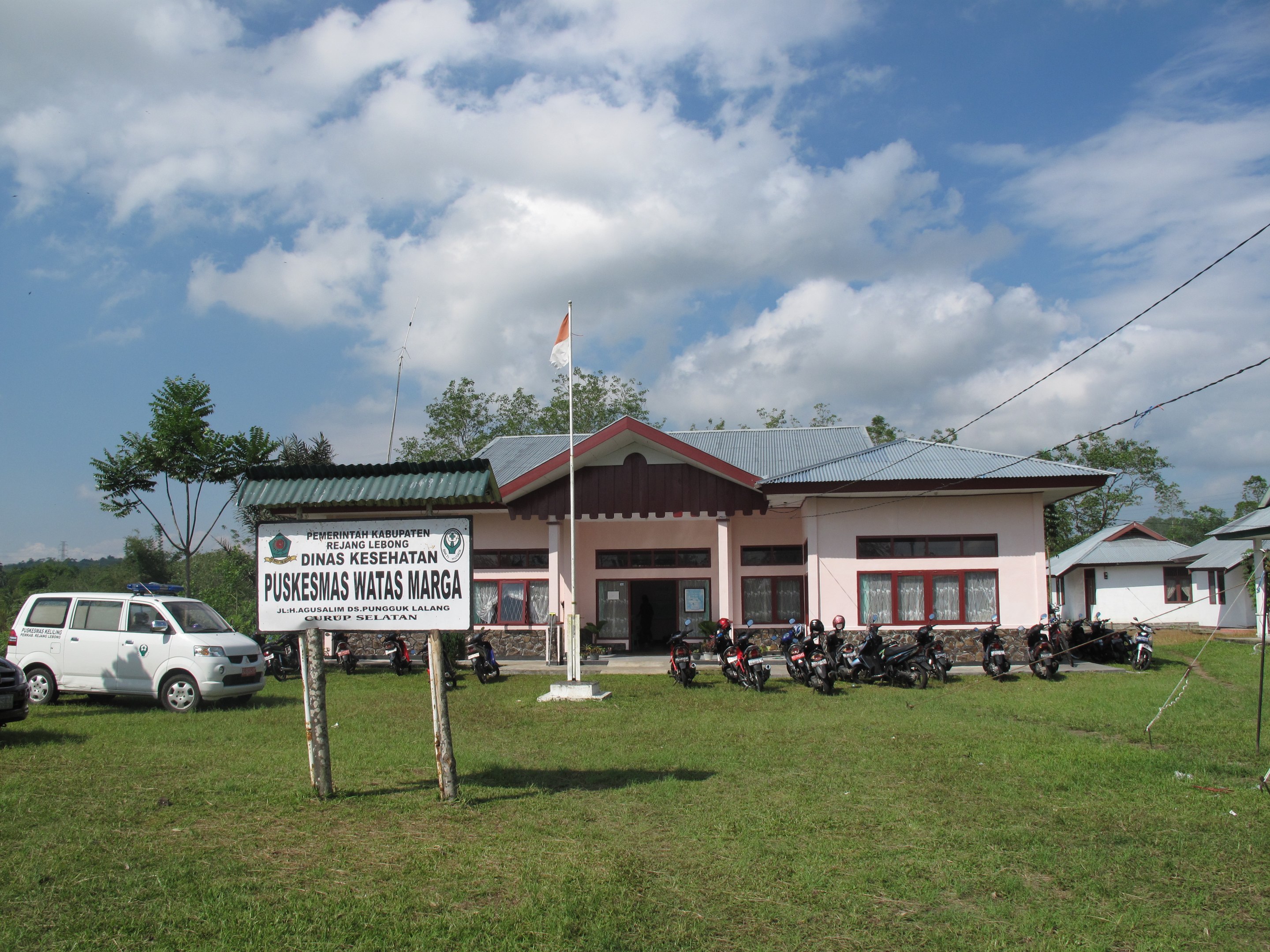 
At the village level, the integrated Family Health Post provides preventive and promotive services. These health posts are established and managed by the community with the assistance of health canter staff. To improve maternal and child health, midwives are being deployed to the villages.
Starting on January 2014, Indonesia launched an ambitious project to establish a compulsory national health insurance system (BPJS) with the aim of making basic care available to everyone by 2019. Under this new project all citizens are now able to access a wide range of health services provided by public facilities, covering services for everyday concerns such as the flu up until transplantation surgery, dialysis, and chemotherapy. We are doing our best to make sure that we can successfully implement this project in time which is by 2019 we can get universal health care for all.

MEDICAL EDUCATION
Medical education in Indonesia are one of the most difficult education process that Indonesian can endured. This field is regarded as the diamond of the natural sciences educational groups.
To enter a medical school, one has to finished their 12 years of primary and secondary school. We have more than 50 medical faculties in Indonesia, but only some of them are accredited "A" by our ministry of higher education. Thankfully our NMO's locals are mostly graded A in their accreditation process. After they finished their 12 years education up until high school, they must do an entrance test to that specific medical faculties. Passing the examination is nor easy since medical schools are the most competitive school you can enter in Indonesia.
For the curricula in our medical schools, we have three major types, those are the human system-based, block-based, and the hybrid of those two. Our government is on their way to unify medical schools' curriculum although the process hasn't made much progress to to the quantity of the medical school and many are still limited in their curricula developments.

Most of the medical school required their students to pass all of the subjects in 3.5 years to obtain the degree of Sarjana Kedokteran (Bachelor of Medicine). And after those long 3.5 years the students can choose to continue doing clinical rotation if they want to be a practitioner for 2 years. After then the students passed the national examinations for Indonesian doctors (UKMPPD), they are finally granted the degree of dr. (Medical Doctor) and can finally be called a 'real' doctor.

But their journey don't end there, even after graduated and accepted the degree of dr., they still must do one year of community development program in rural areas of Indonesia. This is called an Internship. Right after they have done their internships, they can practice medicine wherever they liked. For the residency to be a specialist in Indonesia, they must finish their 6.5 years of experience above and then they can be a specialist in any field they want after they've done their residency for an extra 3-7 years depends on the specialty of their choices.
TRANSPORTATION

Although Indonesia is still a developing country, we have the a variety amount of transportation that can be use at your convenience. Our main airport in Jakarta, Soekarno-Hatta International Airport is one of the busiest airports in the southeast Asia. We have an established transportation of your choices, you can go by air, water, or land.

You can go almost practically everywhere in Indonesia if you choose to go by air since in each provinces we have at least one airport. Indonesia used to be a maritime nations so we have plenty of harbors you can use to travel, although we only recommend this for straits passing only. For the land transportation, we have a railway systems that can take you to most cities in Java Island. We have also a bus system that you can use to travel anywhere since it's the cheapest way to travel around yet the longest.

We do not organize any National Social Programs, but each locals offer their own unique social programs, so you better check their pages above!

There are some region in Indonesia that offers Regional Social Program. Please be sure and contact your LORE for further details. But, we do not guarantee all of the region could provide this program each month.

MUST SEE
Indonesia is also known as the beautiful emerald on equator, so travel around our country is a must in your to do list!
One of our most famous tourist attractions is Bali, “the world's best island resort” with its enchanting culture, beaches, dynamic dances and music.

Apart from that, Indonesia still has many magnificent places to be explored. Make sure you won't miss the experiences of our marine lives, mountains and craters, beaches, lakes, forests and wildlifes, valleys and canyons, rivers and waterfalls (though one lifetime would not be enough to explore Indonesia’s natural wonders!)

Consequently, people are very careful how they interact and speak. Although a foreigner can not be expected to understand our way of interaction, it is crucial to keep an eye on this behaviour.

One should never ridicule, shout at or offend anyone. Imperfections should always be hidden and addresses privately. Similarly blame should never be aimed at any individual/group publicly. Indonesians communicate quite indirectly, i.e. they would never wish to cause anyone shame by giving them a negative answer so would phrase it a way where you would be expected to realise what they truly want to say. Bahasa Indonesia actually has 12 ways of saying "No" and several other ways of saying "Yes" when the actual meaning is "No" !!

OTHER IMPORTANT INFORMATION
One certain thing that we can guarantee is that you will see big differences in Indonesia’s health care system compared to your country. You will also get a chance to encounter some diseases that are currently extinct in your home country. Not to mention the differences in our cultures and norms that can be confusing sometimes.

Please be prepared to challenge those differences between our countries by getting in touch and blending in with the local.
"Just be the best version of you, treat people you meet in Indonesia with kindness and you will be treated just like you treat others. Maybe you will find an everlasting friendship and connection while you’re doing the clerkship, who knows?" - Esravila A. Wibisono

This is the biggest opportunity for you to know more about our beautiful cultural diversity. We do hope that with this short explanation about professional exchange in Indonesia will make you more prepared for your clerkship here.
Can’t wait to meet you guys!
© 2015 - IFMSA.org - Developed by web agency Tudioweb