CHIMBOTE, CITY OF FISHING AND STEEL!

Chimbote is the most important city in the Ancash Region of Peru. The city is located on the cost in Ferrol Bay, 420km (260milles) north of Lima. It is a small and nice city.

The town was created in 1835, it was a port and a very small village of fishermen. In 1940, the goverment made improvements to the port, they made a hydroelectric power station (Duck Canyon), also an iron and steel plant was built. The 1970 Ancash earthquake devastated the region, the city has been recovering and growing up in the last decades.

The city is known for its ceviche, a popular Peruvian dish whose ingredients include white fish, octopus, seashell, squid, crab, and red hot pepper. It is also known for a important celebration, The Festivity of San Pedrito (Chimbote’s Civic Anniversary), The central feast day is on 29 June, the image of the saint is taken out in procession and It is paraded through the bay by boat.

Nuevo Chimbote is a small district located on the south of Chimbote (12km) with residential neighboorhoods and beaches. Offially created in 1994 with the city of Buenos Aires as the capital. Nuevo Chimbote is very known for its ‘Plaza Mayor’, the biggest square park on Peru.

Your lodging will be at a host family, located very closer to the Hospital. They will provide you at least two meals per day. They are not required to give you more, although they might do. They also provide you with all the equipment to cook your own food.

They will make your transportation to downtown and your hospital easy.

You will be staying in the student's family home. You will have basic services: water, electricity, internet, etc. It’s only asked to respect and comply with the rules of coexistence of the house in which you stay.

You must contact the LEO and the host as soon as you receive your reception card, you can ask any questions.

The easiest way to get to the city is by bus (we recommend CRUZ DE SUR or some VIP service, for the safety of your baggage) or you can also hire some private mobility.

- Collective Cars. There are many collective cars on the city, there are many routes so you can easily go wherever you want. The fare is like 0.5 dollar.

- Taxis. They are expensive but safer and fast, you can take a taxi if you’re late or at midnight for example. The fare is like 2 - 2.5 dollars.

Chimbote is between Trujillo for the North and Lima for the South.

We have an excellent social program, with three activities per week, which include parties, walks, a visit to the Virero Forestal, where you can do activities such as paintball, ride on cuatrimotos and horses, among other fun things.

The student can schedule out-of-town trips on his own, for which we can guide him. Peru is a country with a truly varied and beautiful culture!

Students can travel to Huaraz, Arequipa, Cusco, Puno and the jungle (these are our recommendations). 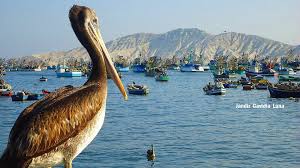 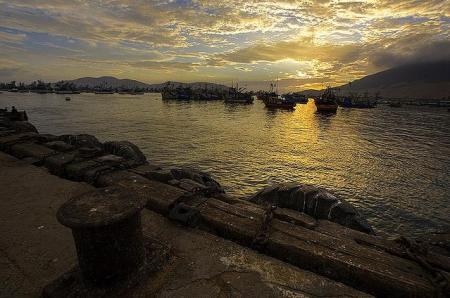